Measuring growth and maturity in Swedish football with the Swedish FA, the Karolinska Institute, and Hylyght

Since 2019, the Swedish Football Association has started to pay more attention to the growth and maturity of their athletes. Inspired by previous successful bio-banding projects in Belgium and Premier League football clubs, the Swedish FA decided to collaborate with exercise physiology lecturer Tommy Lundberg and the digital platform of Hylyght.

We interviewed Tommy Lundberg to gain more insight into the reasons and the practical steps of setting up a project like this. Tommy is a lecturer at the Karolinska Institute and has specific research expertise in exercise physiology. After reviewing the literature on the relative age effect and growth and maturity of athletes, he and the Swedish FA started to work together to set up a project for the national Swedish football team. 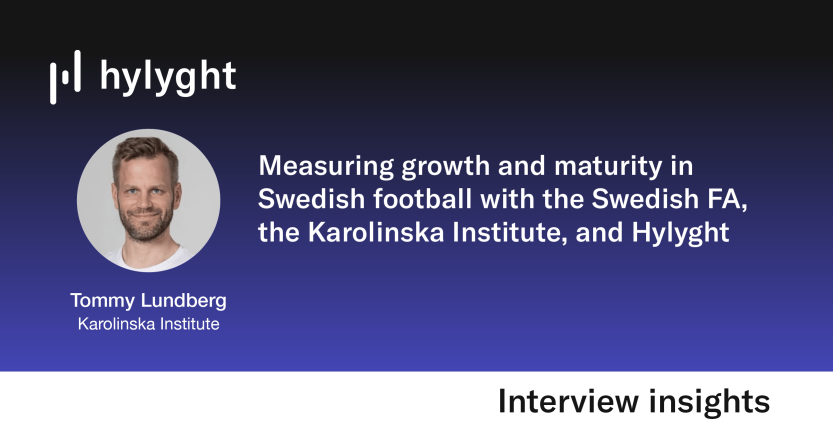 Although the relative age effect seems to exist across sports and regions, Tommy and the FA believe it is important to distinguish between growth and maturation and the relative age-affect, and to assess the specific situation of a country or club individually. In order to do this, they are in close contact with David Johnson, who has conducted maturity studies in England. By collaborating with researchers who have experience in other regions, they can implement known best practices in an efficient manner. Naturally, the selection process of athletes is very different across countries and, therefore, the relative age effect and/or prioritization of early maturing athletes are not necessarily the same.

For those unfamiliar with the relative age effect, it is very well explained here. In brief, the relative age effect means that those born early in the year have a clear advantage over those born later in the year. This effect seems to be present in both sport and academic success, since there will be differences in the physical, emotional, and also cognitive development of children born in the same calendar year. However, while the relative age effect can cause a difference of up to 1 year between players, the maturity differences between players of the same age can be up to 5 years. As a consequence, some studies have shown the benefits of grouping children according to their level of physical development in sports and this resulted in 2 key benefits:

The pilot studies for this project have been ongoing from 2020. In November 2021, the large bio-banding project had been officially kicked off. Preparations for this project, however, have been started much earlier. For example, a height & weight measurement system in the national team has been implemented. Furthermore, the Swedish FA and Tommy decided to collaborate with Hylyght to input, store, and analyze the maturity data. According to Tommy, they made this decision because getting the data into the Hylyght software is an easy process and the growth & maturation curves provided by the Hylyght platform are found to be accurate and suitable for these types of projects.

Of course, the height & weight system will not be the only stream of data for this project. On top of this, they will film and record all matches and data of athletes. They will implement 1 week of chronological age matches and 1 week of bio-banding age matches and see what comes out of it regarding athlete performance, injury risk, player training stimuli, and overall game performance of teams.

Additionally, talent scouts will participate to evaluate athlete performance during these matches and, finally, athletes and coaches will also fill out surveys to assess their perception and biases. Based on the results of these different information streams, the researchers will check whether there seems to be a bias towards early maturing athletes in the Swedish FA selection procedures. 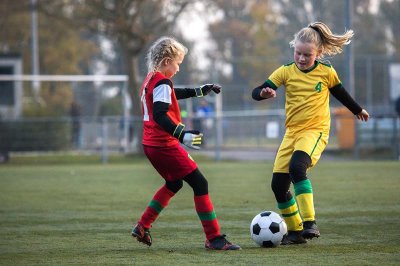 If such effect would be found in Swedish football, they can then implement several changes to the ways of training or even to the way of structuring games. For instance, grouping players together based on their current maturity status so they can face new challenges on the pitch could be a first step.

Educating coaches and players about these factors would then be a second step. The idea here would not be to use these results only to increase performance of the better athletes, but rather to provide equal opportunities to all athletes. Consequently, they would also like to communicate these insights towards football clubs in Sweden and educate more coaches on these potential biases and resulting effects.

Results of the project

The results of this project will probably be published during Spring 2022. When these results are public, we will write a follow-up article on these results and their implications. Regardless of the specific outcome of this project, the Swedish FA will have a lot more insight into their selection procedures and will contribute, together with the Karolinska Institute, to the existing research into bio-banding and maturation of athletes.

If you wish to learn more about this field of research, you can have a look at our selection of relevant research papers here. Of course, don’t hesitate to contact us if you have a research project involving growth and maturity or if you want to implement a reliable growth & maturity software platform in your sports club!